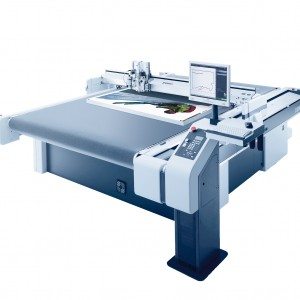 All the printing production capacity in the world will simply back up if finishing procedures can’t keep up because they are limited to labor intensive manual finishing with rulers and hand knives. Not to mention the difficulty involved in making a presentable hand cut edge. Benchmark Imaging has the answer.

Digital die cutting isn’t just about productivity and professionalism, it is also about giving graphic designers additional creative tools that will allow them to create outside the box. Similar to a shot of espresso, contour cutting is the adrenaline rush that can get the creative juices flowing. Results are limited only by the imagination of the designer.

Benchmark Imaging’s i-cut digital die cutting service is a patented contour cutting system that works like CNC routing, but with one important difference. I-cut has an onboard camera capable of coordinating the cutting tool with the image on the board.

Here’s how contour cutting works: Ms. Graphic Designer adds a cut path to her image file in Adobe® Illustrator® or uses an alpha channel in Adobe® Photoshop®. When we receive the file from the designer, we run a processing routine and print the file with some special registration marks. Once the camera sees the marks, it matches up the computer image with the actual image. Viola! The cutting head comes down and makes a perfect cut just like Ms. Graphic Designer told it to. It’s so cool it seems like magic. Because it is digital technology, it will reproduce the same cut time after time, providing consistent output on multiple displays.
View information on preparing your file for digital die cutting. 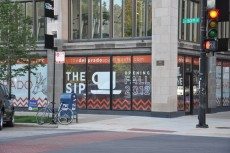 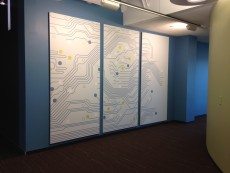 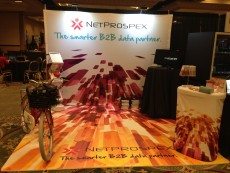 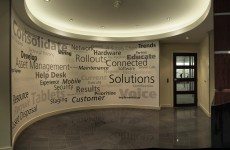 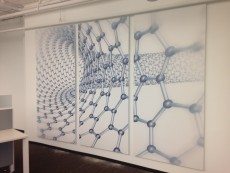 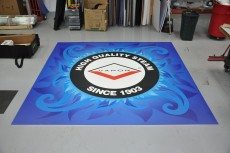 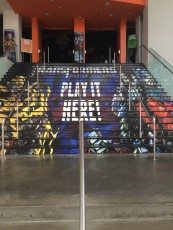 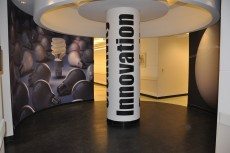 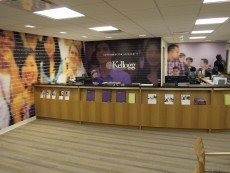